Blockchain is Booming in the Biggest Little City 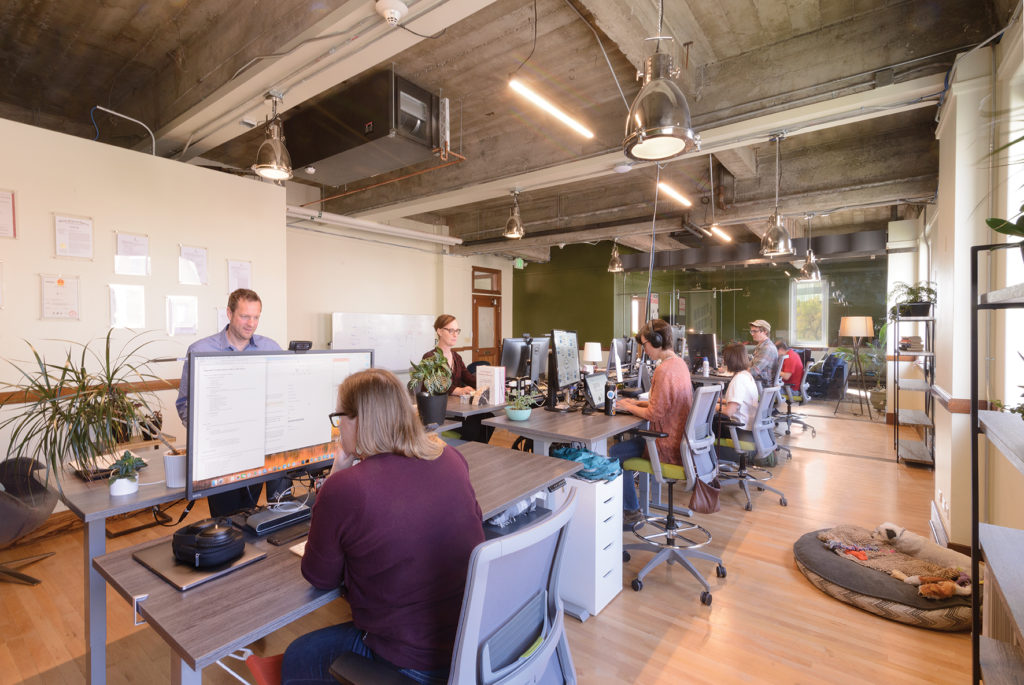 Filament is by far the biggest blockchain startup in our ‘biggest little city,’ Reno, NV. The company is a trailblazer in the high-profile technology that has become famous for its association with Bitcoin. However, blockchain technology can be used for much more than cryptocurrencies, and Filament is tapping into the opportunity to help businesses transform through this new technology that, for the first time, makes machine level e-commerce possible.

Their headquarters didn’t end up in Reno by chance, it was a calculated decision by CEO Allison Clift-Jennings. She is a Reno native who started Filament here in Reno and deliberately kept it here. It wasn’t like they didn’t have an opportunity to leave. In fact, they were invited and participated in Techstars, a nationally recognized accelerator program that assists in fundraising and growth of startups which took place in New York City for four months. Clift-Jennings explained how participating in Techstars was crucial to being a part of the tech startup ecosystem. Twelve team members went to New York City where they rented a large apartment in Queens. They could have chosen to have their headquarters located anywhere in the world. They chose Reno. Why?

“We wanted to come back to Reno partially because it was where most of us lived but mostly because it is clear to me that it is possible to build a billion dollar company in Reno. It has not been done yet, but I believe it can be done. While we visit places like New York and the Bay area often, we don’t need to be located there to be successful,” explained Clift-Jennings. Today there are about 20 employees at Filament and their headquarters are located in the historic post office building in downtown Reno. “Reno has the resources necessary to host and entertain business clients. When our investors or partners fly in to see us, they don’t need to rent a car because they can stay downtown and we can walk everywhere we need to go. I don’t think a lot of people realize what our downtown has to offer,” said Clift-Jennings.

As Reno is becoming more widely known as a tech hub, it still lacks a large talent pool. Much of the burgeoning talent pool can be found in nearby San Francisco. There are some significant differences between Reno and the Bay area. For example, the cost of living. As the population continues to grow, Reno is seeing more and more diversity which Clift-Jennings views as a plus. “We are starting to get a lot of different perspectives and ideas around business. Our politics are fairly progressive and ‘light touch’ which is helpful to startups and ecosystems. Living in Reno is not terribly expensive relative to other startup communities nor is it crime ridden. It’s a great place to live. The startup culture is getting better. We have startup weekends here, held at the Innevation Center powered by Switch and EDAWN. All of these things encourage and promote growth in the area,” said Clift-Jennings.

Since Reno is the closest non-California big city to the Bay area, it’s possible to take advantage of everything the Bay area has to offer and not have your headquarters located there. Many don’t realize it is a shorter flight from Reno to San Francisco than from Reno to Las Vegas. Clift-Jennings has never had to turn down a meeting from a potential investor or somebody she was pitching to because she was not in the Bay Area. “It takes me less time to get to San Francisco than it would take to go from San Jose to San Francisco in rush hour,” said Clift-Jennings. While Reno has long been known as the “biggest little city” it is now becoming well positioned as a technical ecosystem for startups like Filament.