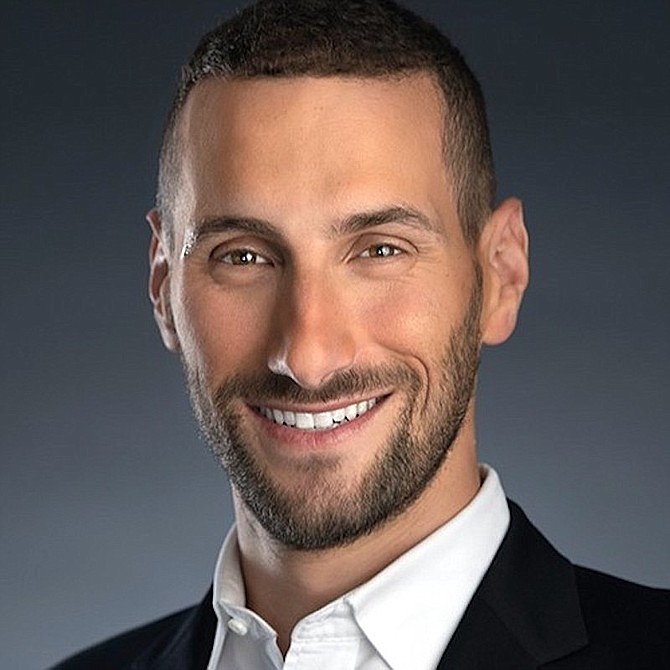 Adam Kramer was hired as CEO Ledger8760 in April; previously, he was EVP of strategy at Switch. Courtesy Photo

There’s an old platitude in the business world: what gets measured gets managed. One of the challenges in managing the greenhouse gas emissions warming the atmosphere is that they aren’t measured very well, or quickly.

A Reno-based startup is aiming to change that.

“Our motto is, ‘You can’t change what you can’t measure,’” Adam Kramer, CEO of Ledger8760, said in a phone interview with the NNBW.

Ledger8760 has begun measuring the real-time carbon emissions at the facilities of three government agencies in the Silver State, according to collaboration announced July 1.

The SaaS (software-as-a-service) startup has been contracted by the State of Nevada, Washoe County, and City of Reno, which are sharing their hourly, daily and monthly emissions data while tracking it against emission reduction targets outlined in the Paris Agreement on Climate Change.

“It really is a game-changing technology,” Adam Kramer, CEO of Ledger8760, said in a phone interview with the NNBW. “Previously, what people have done is they’re doing this reporting once a year — maybe some smaller portion are doing it once a month — to look at what those emissions might be. With our technology, we’re able to provide real-time and on-demand access to that data.

To further illustrate his point, Kramer compared it to a business gaining access to frequent income statements when they previously relied solely on looking at a year-by-year balance sheet.

“An income statement tells you what happened in that time period in-between the balance sheets,” Kramer said. “How things are changing, how things are moving … and that’s what we’re providing. And that’s what they can’t do right now.”

Specifically, with its new Nevada project, the company is collecting energy and emissions data from all public facilities in Reno and Washoe County, in addition to collection at state buildings in Carson City (the Capitol and Legislative Building) and Las Vegas (the Department of Motor Vehicles on Flamingo Road and Grant Sawyer State Office Building).

To complete the work, Ledger8760 signed three-year contracts with each government entity, Kramer said. Reno and Washoe County are each paying the startup $6,500 per month, while the state is paying $1,500 a month, Kramer said.

At those monthly rates over a three-year period, the clean tech company would receive a little more than half a million dollars ($522,000) from the government partners.

Launched in 2017, Ledger8760 has been in stealth mode for the past few years. The company — which displays the “8760” marker as a nod to the number of hours in a calendar year — went live at the start of 2021 and quickly gained traction, Kramer said.

“It’s been a meteoric rise,” said Kramer, who declined to disclose the number of clients Ledger8760 has so far. “We are now working, literally, in every corner of the country.”

According to the Ledger8760’s website, a customer using its carbon tracking technology can achieve more than $19,800 in savings for one location in a single month.

“There’s a lot of demand for sustainability monitoring and to be able to target emissions and cost reductions,” Kramer said. “I think it’s a confluence of events. You have the existential crisis called climate change that we’re facing very acutely every day. You take that combined with more and more large institutional private equity investors that are saying, ‘hey, we won’t invest in companies that are not targeting and reducing their emissions.’ And you are seeing more regulators and government agencies saying, ‘hey, we are going to start holding you accountable and you’re going to have to report this.’

As a result, venture capital investment into technologies aimed at combating climate change reached a record high in 2020, according to PitchBook, a private-market data firm — more than $16 billion was allocated to clean energy and sustainability startups last year.

Kramer said Ledger8760 has investors, but he could not disclose how much capital the startup has raised so far. Looking forward, he said the company’s plans are to continue to build and grow in Nevada.

“The success of Ledger will be in the amount of emissions we can help organizations around the world avoid,” he said. “And, on a local level, the amount of people we can hire to help build out and continue to diversify our economy.”