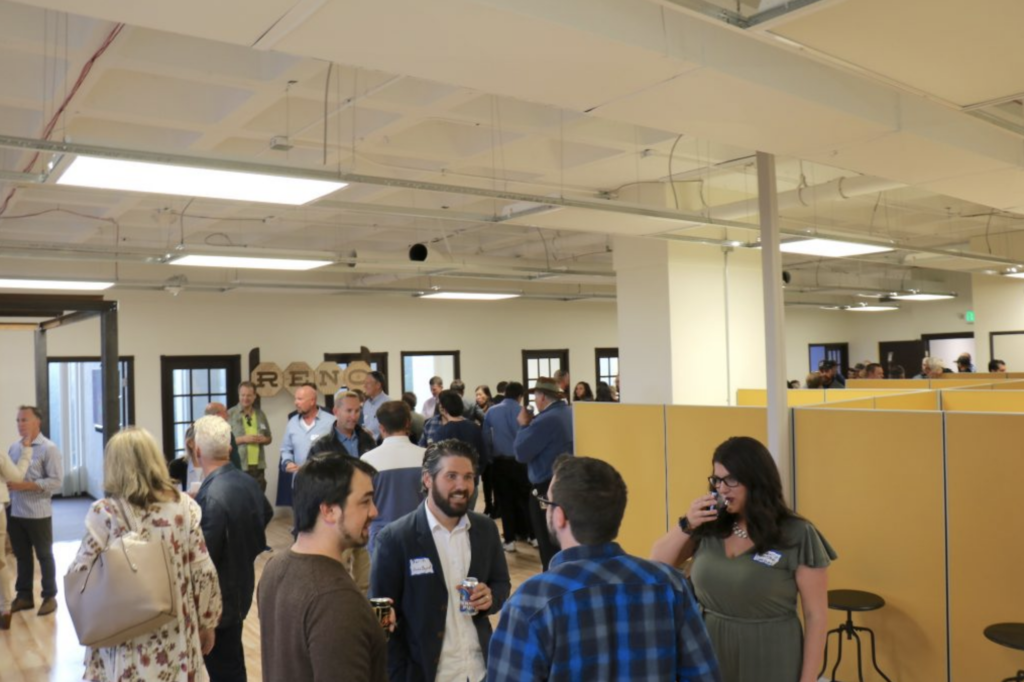 RENO, Nev. — There was a palpable buzz in the building as members of Northern Nevada’s startup community gathered last week for the grand opening of Reno’s newest coworking space: Reno Hive.

The opening of a new coworking space couldn’t come at a better time, said Doug Erwin, vice president of entrepreneurial development at the Economic Development Authority of Western Nevada (EDAWN).

“We have the highest density of venture-backed startups we’ve ever had,” Erwin told the NNBV at the Oct. 23 opening event. “We have a ton of new companies that are operating here, and just a lot of new people.

“The trend has been amazing.”

Indeed, Reno is continuing to uphold its reputation as the Biggest Little startup community. Along with the influx of homegrown startups, nearly 100 companies have relocated or expanded to Reno-Sparks in the last three years, according to VentureBeat.

Not to mention, there’s an abundance of hungry entrepreneurs in the region, filling up local coffee shops like clockwork.

“All you have to do is walk around the local coffee shops and see that they’re full or they started limiting their internet use (per person) to an hour,” Erwin pointed out. “That’s a sign that people need more coworking spaces. It’s representative of what’s going on. I’m excited this space is coming to fill that up.”

For example, at the Hive’s launch party one’s eye was immediately caught by an office bathed in a soft purple glow. The source of the light was a spaceship-like pod with an egg-shaped dome. It’s a meditation pod.

Meanwhile, in one corner of the room, community bikes hang on a rack; in another corner, four hammock chairs hang from the ceiling.

Moreover, come spring, Reno Hive will be building float tanks in the downstairs of the building, co-founder Tabitha Schneider announced at the launch party.

“People that work up here will get a free float every month,” said Schneider, who opened the coworking space with Fred Turnier.

What’s more, this year’s version features augmented reality, enabling users to scan any card to see videos, animated cards and more information about each person or resource throughout the community.

“I’m really excited about it because it helps us tell the stories behind the cards,” Erwin said. “It’s a tool that helps people the experience of the Reno startup ecosystem even if we’re not there to tell it. It’s a way for people to get integrated into the community.”

EDAWN also announced the launch of the new website, StartupReno.org, which Erwin said will be “the landing pad and entry point for the startup ecosystem.” He added that the website will showcase companies, post jobs, list events, and more.

“The ecosystem is not about any one person, it’s about everybody,” Erwin said. “And I think the Startup Deck and StartupReno.org are representative of that, and I’m excited to get more people plugged in.”